A couple of years ago, in happier days for stage and theatre before Covid-19 struck and the world was plunged into dark times, there was an excellent stage production - A War of Two Halves - staged at Tynecastle Park, the home of Edinburgh’s oldest and biggest football club Heart of Midlothian.

With lockdown restrictions eased somewhat – for now – the team behind that excellent production is back with another breath-taking piece of theatre. And again, the setting is Tynecastle Park.

With a highly talented nine-strong ensemble, Sweet F.A. written by Paul Beeson and Tim Barrow, and produced by Bruce Strachan is, like A War of Two Halves, set during the First World War and tells the story of football players whose lives are deeply affected by the events in the battlefield. This time, however, the story is of a group of women factory workers at the North British Rubber Company in Edinburgh’s Fountainbridge whose passion for football is almost as strong as their love for their men in the fields of France. The women are involved in the production of wellington boots for their loved ones fighting for their King and country.

Their story of everyday struggle alleviated by their love of football and determination to form a football club at a time when women’s football was most definitely frowned upon by the football authorities is an extremely powerful one.

As you might expect it’s an all-female cast with some stunning individual performances. From the opening scene when Daisy and Alice meet each other for the first time in the Diggers pub – and there’s a nice wee reference for those not familiar with Gorgie’s watering holes as to why the Athletic Arms is called the Diggers – to a highly-charged ending when the football suits in Glasgow finally get their way, Sweet F.A. transports you back to a different era when equality was just a word in the dictionary and women’s rights were restricted to a life looking after their menfolk, raising children and spending most of their time in the family home.

It is a tragic tale in more ways in one. Most of the factory girls are affected by personal loss in the war but this heart-tugging story of courage is also one of forbidden love.  Amidst the emotionally charged scenes, however, there is biting humour and numerous digs at the football authorities in Scotland, including today’s men in suits. It says much for the brilliant writing and production of the show that they can reference into a scene from more than a century ago last season’s controversial SPFL vote which demoted Hearts from the top flight thanks to a missing vote from Dundee F.C.

The action is impressive, too, particularly when the girls play their Edinburgh arch-rivals from Ramage & Ferguson shipbuilders – who, of course, hail from Leith. The women’s teams equivalent of Hearts-Hibs games. The players describe the action in fine detail culminating with a pause for great effect before wildly celebrating a ‘goal’.

The hugely impressive cast successfully convey the story of how popular women’s football was during the First World War. And your admiration for their achievements is accompanied with deep sympathy for the huge emotional turmoil most of them go through. For Daisy and Alice this emotional turmoil has added piquancy.

It’s remarkable to think the ban on women’s football that followed in the early 1920s lasted nearly 50 years – in fact it was longer in Scotland as the narrator explains with understandable bitterness. The frequent digs at Scotland’s football authorities throughout the show went down well with audience, not all of whom were of the maroon persuasion.

Even if you’re not into football you will be inspired by this brilliant production. I didn’t want it to end and there must have been something in my eye towards the end of the performance – honestly! 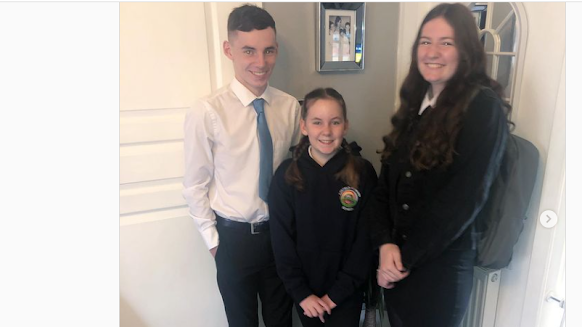 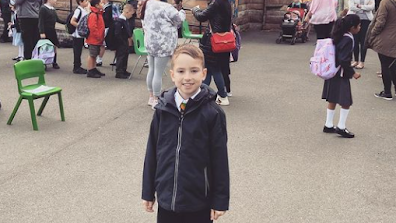 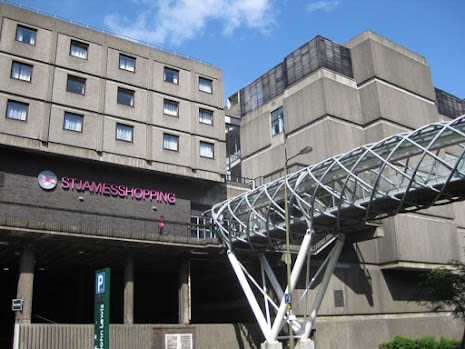 Embra cooncillors: What can we replace this monstrosity with? 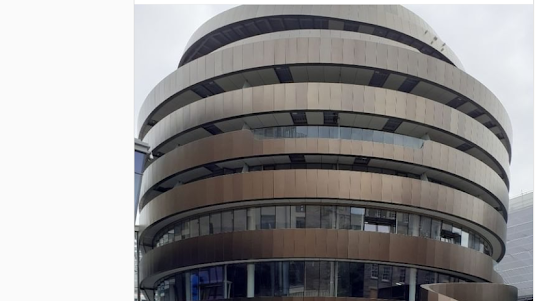 SWEET F.A. - The Story of the Right to Play Football

But when we ask for equal rights we’re given Sweet F.A.

1916. The men fight on the Western Front. The women work in the factories, and form football teams, playing other factory teams across Scotland and raising money for the war effort. Women’s football fast becomes the most popular game in the land. Worried that their game is starting to rival the men’s, the football authorities ban the women’s game in 1921.

Sweet F.A. tells the story of one women’s factory football team from Fountainbridge, fighting for their right to play the beautiful game.

ollowing their acclaimed productions of A War of Two Halves at the Edinburgh Fringe in 2018 and 2019, the producers present a new play at Tynecastle Park for the Edinburgh Fringe 2021. Written by Paul Beeson & Tim Barrow, Sweet F.A. is directed by Bruce Strachan, Artistic Director of Nonsense Room Productions, with original music composed by Matthew Brown.

“We are thrilled to be returning to Tynecastle Park with a brand new production, telling this timely tale of the rise of women’s football during the First World War. After an uncertain, disrupted time it feels more vital than ever to bring people together to tell stories. We’re grateful to Hearts for allowing us to take advantage of the outdoor, covered facilities in the main stand at Tynecastle, and we immensely look forward to meeting Tynecastle audiences again, telling this important story about women’s football – including its historical connection to the ground. We vividly remember the brilliant reception they gave A War of Two Halves and they, and new audiences, can expect a similar blend of history, humour, passion and poignancy from this brilliant tale. ”

“I thought the last play was outstanding – top notch acting – in fact, it was that good I went back and watched it 3 times! Really looking forward to the new one, and I would recommend everyone to get along to see it.”

“We’re delighted to be able to welcome back the team from This is My Story Productions with a brand-new story to tell.  The resurgence of women’s football in the early 20th Century, to huge popularity, and the subsequent barriers and bans by authorities had a huge and lasting impact.  Sweet FA manages to brilliantly capture the spirit of those war years and deliver a little bit of history with some real laugh out loud moments.  Something I think we’re all in need of just now.”

Sweet F.A. plays from Thursday 5th August to Monday 30th August 2021, with shows at 3pm and 7:30pm each day (some days without shows due to football fixtures – to be confirmed). The production is suitable for ages 12 and upwards, and has been designed to be compatible with the latest Covid-secure requirements for events, and takes place outside in the concourses and Main Stand at Tynecastle Park.

Tickets will be available from: 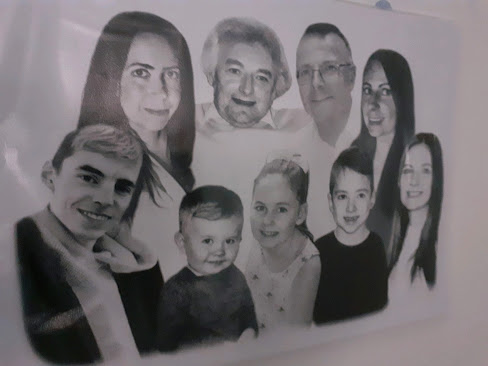 The effect of lockdown on one's mental health is intensified at times you would usually share with family and loved ones. I commiserated celebrated the beginning of the final year of my fifties on Friday but the usual family gathering was prevented due to lockdown rules in Scotland as a result of the Covid pandemic.

These technological times, however, meant I did get WhatsApp messages from my three of my five grandchildren (the youngest two still being a wee bit young for that sort of thing) and these highlighted it isn't just me who is getting older.

Jack, who will be 16 in a couple of months and, therefore, a young man sent me a typically polite 'Hope you have a good day' message.

Hannah, who will be 14 going on 24 in August, said 'Happy birthday Papapapapapapa' which is probably her way of showing a sense of humour. She does have a tendency to burst into a fit of the giggles for no apparent reason although this may be because I make her laugh without realising it aka extracting the Michael...

It was left to 10-year-old Ava to display the unconditional love which used to be a trademark of her older sister and brother by saying 'Happy birthday to the best Papa on Earth - miss you loads'. This brought a wee tear to my glass eye and underlined how much I miss them all, not having seen them since early November. I like to think Jack and Hannah share their wee sister's sentiments but they are now at the age when showing affection to one's elderly relatives may be deemed distinctly 'uncool'...

It was left to their mother to send me the above collage of my children and grandchildren which cleverly includes a headshot of my father who passed away in 1997. He would have been immensely proud of them all and I like to think he is looking down on all of us. It's a tragedy he never lived to see any of his great-grandchildren but he loved his granddaughters and I know Laura and Michaela still think of him. As I do every day.

Jack, Ava and Laura all have their own birthdays in May (that month costs me a bloody fortune) and I will see them then to join the celebrations - no matter what Scotland's First Minister says at that time. Covid cases in Scotland are falling as are hospital and ICU admissions whilst vaccines are rising in their thousands every day.

We need hope that we will be able to see our loved ones again very soon. Even rapidly ageing old gits like me... 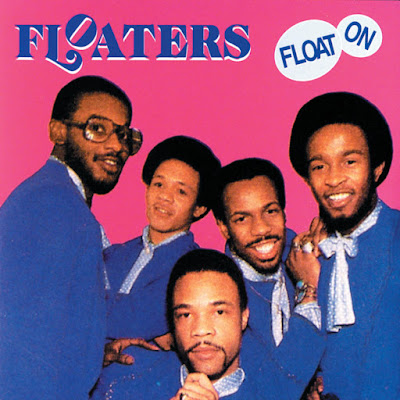 Come with me, baby, to Love Land

Let me show you how sweet it could be

Sharing loving with me

On Valentines Day, the present Mrs Smith and I celebrated our 6th wedding anniversary. I say celebrated but we were stuck in the house thanks to lockdown meaning most places are closed. Flicking through the interminable number of trash tv channels, we stumbled across Now 70s which was dedicated to cheesy love songs, many of which I've tried to forget for the last 45-50 years.

One such song was Float On by, er, The Floaters. Part of the lyrics of this cheesefest are above. No, please, don't leave yet, I haven't finished. Being an old romantic - well, old anyway - I dedicated this song to my beloved but personalised the lyrics.

Come with me, baby, to Pound Land 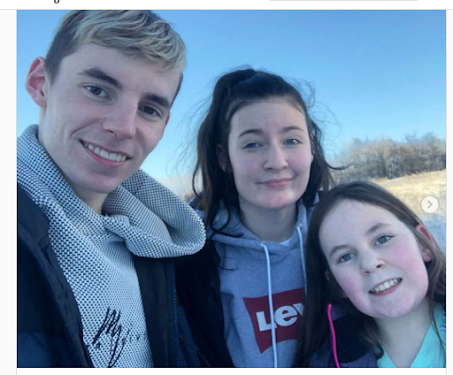 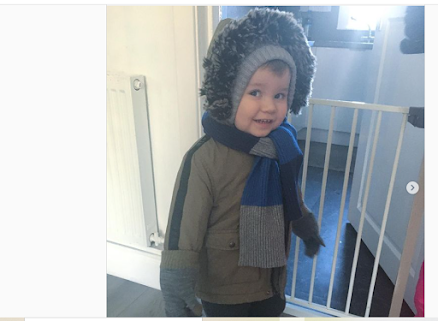 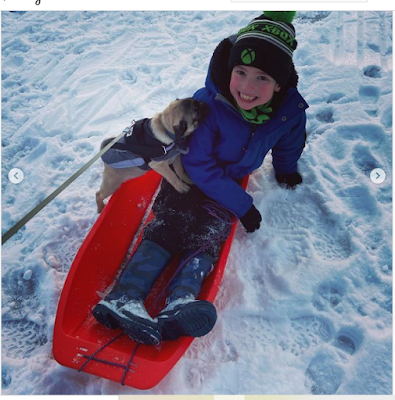 Lockdown means I ain't half missing these little blighters....
at January 09, 2021 4 comments:

Photo: Mike Smith A couple of years ago, in happier days for stage and theatre before Covid-19 struck and the world was plunged into dark ... 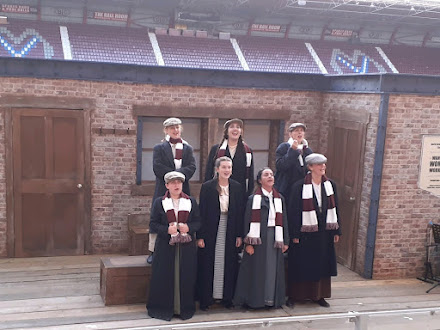